Meer Ali and I left the sea-breezy Mount Lavinia around eleven in the morning and had a sumptuous meal at Burger King at Dehiwala. There is nothing wrong in having some fast food or cola drinks once in a blue moon, but definitely not as a habit. 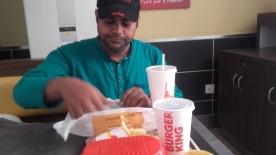 Then we rode to Galle Face Green, a beautiful seafront open space existing since the days of British Ceylon where a multitude of people from all walks of life, from children to lovers to joggers to hawkers hang out throughout the day. We took some pictures here too. This is one place I missed to have fun with any of my girlfriends. (I am not too sure if I am too late for that now.) There is nothing attractive here in Gall Face Green compared to most of the other hangout places in Sri Lanka. For me, Galle Face Green is just a highly overrated place. 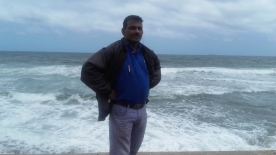 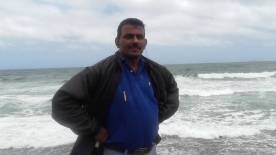 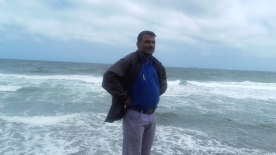 The novel, “Colombo” by Carl Muller gives a good account of the Gall Face Green. I just managed to read the first chapter. This is a must-read if you are interested in knowing insider descriptions about Colombo metropolis. 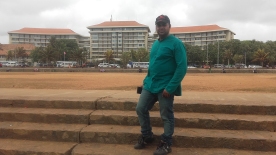 We had some coffee at Coco Veranda  in Colombo 07. This is a hangout place of the IT geeks in Colombo. Though the snacks here are pretty expensive, you simply fall in love with the ambience of the place. The place is very clean and the staff is very attentive, too. So, it is worth paying an extra buck or two. 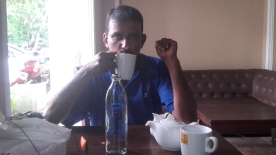 From Colombo, we went to suburban Ja Ela, the very name of the town says in the vernacular that there had been a canal built or used by mercenaries the Dutch and the British East India companies brought to Ceylon from Java or British Malaya. Then we took the Ja Ela– Giriulla Road via Minuwangoda. The traffic congestion is way too much on this road as it is yet to be repaired and widened. For some reason, the work progress of this road is very slow. If this is widened, the traffic towards Colombo from Kurunegala could be reduced but it is not yet to be. 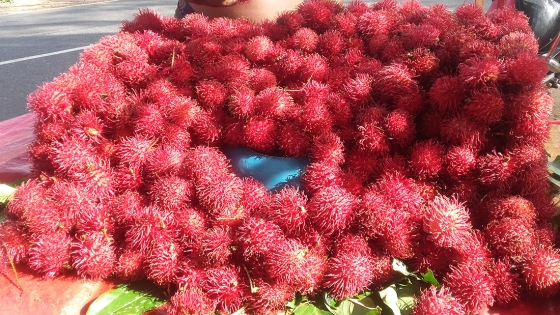 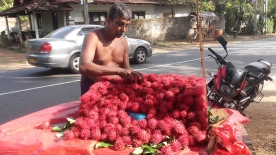 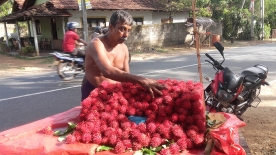 From Giriulla we rode coconut palm fringed country roads up to Narammala and then took the turn to Padeniya, somewhat heart of the island’s vast coconut triangle.  On the way, we paid a visit to Jayantha Balasuriya’s. I knew that his daughter had been suffering from Thalassemia and I just wanted to see if I could be of any help for the patient.  It was a joy to see that the girl has had a recovery last year with the untiring efforts of Jayantha himself and I could not have the pleasure of being anyway helpful to Balasooriyas. I do sincerely feel gladdened about Jayantha’s child’s recovery.

From Jayantha’s village Waduressa to Narammala – Padeniya main road was through a very tough road and it was only once in this road that we had precarious moment danger almost enveloping us throughout the whole 5-day trip. Meer was riding and he almost lost balance but could regain the equilibrium and the control of the machine without unceremonially crashing down. I have to say that Benjamin from France and Meer from India were the best bike riders so far, I shared riding with so much of confidence and comfort. 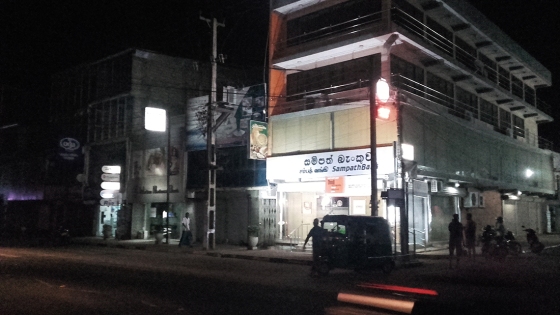 It was around eight in the late evening when we reached Mahawilachchiya having accomplished the epic five-day bike hike.  I dropped Meer at his host family’s and went home and had what they call “a well-earned rest.” Hope I could visit India and have a reciprocal bike ride in Delhi with Meer someday soon.

About Meer, I cannot help writing this personal descriptive. If I do not, it is an injustice I do for his generosity. As I mentioned in my earlier post about Meer, he is very different from typical Indians. You might most probably agree with me that most Indians are prudent if not stingy whether they are rich or poor. But Meer is an extremely generous and carefree sort of guy. I did not have much money to spend when I embarked on the trip with him. But Meer did not let me spend a dime throughout the journey and paid for all food, lodging, snacks, etc. which I did not expect him to. Even when checking into guesthouses he ensured that we get some decent places, not the second-rate cheap spots with broken bathroom utensils and dirty linen. He always saw the brighter side of things and hardly complained about anything.

After completing his two weeks’ volunteering at Horizon Lanka, he invited the student Surendra who hosted him in Mahawilachchiya with all-costs-paid trip to New Delhi for a week-long tour. He also extended his generosity to the other student (Sanduni)  and teacher (Miss Anupama) who visited India to participate in the Sanitation and Hygiene Conclave in New Delhi, India. We can encapsulate our feelings about Meer Ali in the word grateful.

*Special thanks to Mr. Sunil Rutnayake. Mawanella, Sri Lanka for “chopping the dead wood” of my otherwise boring essay.

One thought on “Day 5 – From Mount Lavinia to Mahawilachchiya via Colombo, Ja Ela, Narammala, Kobeygane, Padeniya, and Anuradhapura (263 km) – The fifth and the final day of the motorcycle journey in Sri Lanka with Meer Ali of India.”